Making a Gift Box Out of Vintage Holiday Album Covers

December 05, 2011
As I look for new ways to reuse funky vintage album covers (see my earlier post on making a book out of a Saturday Night Fever album), I became inspired by holiday albums. (For some reason, thrift shops carry more than their share of these.) These two caught my eye: 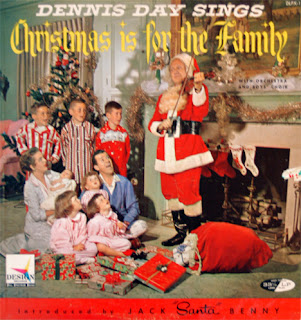 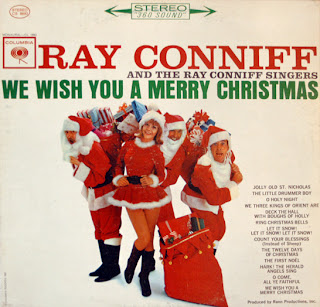 As I stared at these 60s wonders, I considered the possibilities -- ornaments? small trees? holiday cards? But these projects all involved cutting the album into much smaller pieces, and I wanted to try to preserve the photos intact, if possible. What about an advent calendar, with 25 small "doors" to open? Too much work (and too late to open doors 1-5). Finally, I came up with an idea that matches the albums' squareness (physical and stylistic) -- gift boxes!
1) I started by dissecting the first album into 4 smaller squares, for the sides of the box. (I used a box knife and a clear ruler.) I cut one more square out of the back cover for the box bottom. 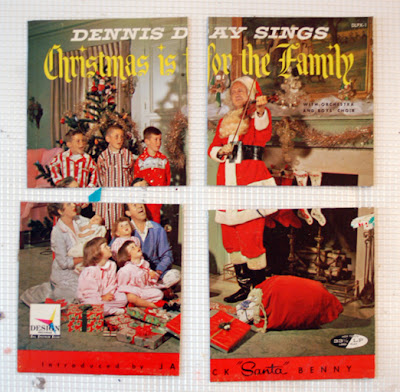 2) On a flat surface, I arranged the pieces in a cross, with the bottom in the middle.

3) I taped each of the sides to the bottom, first using scotch tape to hold them in place and then stronger masking tape.

4)  I raised two adjacent sides and taped them together. I continued this until all 4 sides were up and taped together. 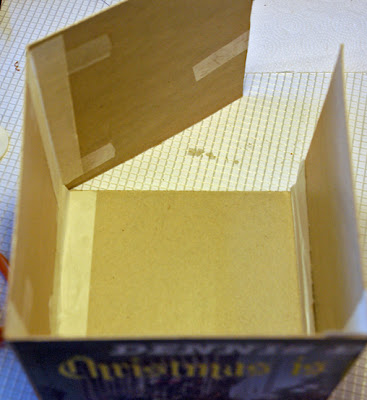 5) Using scotch tape, I taped the outside edges together.

6) For the lid, I only needed 1 square, so I used the center of the second cover, which was the most visually interesting. I made the sides 1/4" longer than the box (so that the lid would fit around the box. I cut 4 strips the same length for the lid sides. 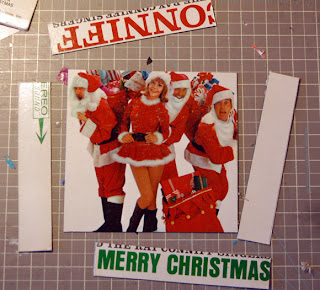 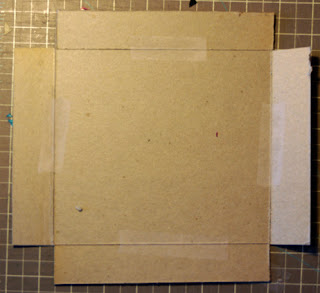 8) Here's the final product. Pretty cool, if I do say so myself: 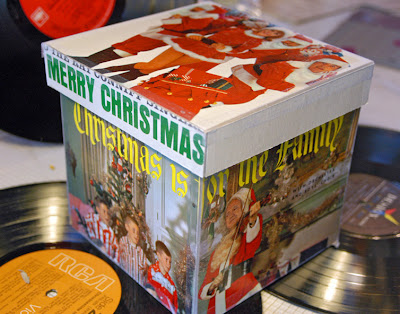