August 17, 2012
The closest I'll get to New York Fashion Week is watching my guilty pleasure "Project Runway." But this past week, I happened upon the Eugene Sustainable Fashion Show in my hometown of Eugene Oregon. Local designers featured wearable and avant garde creations made from 80% recycled materials.

The show began with a look back at a century and a half of fashion -- marking Eugene's 150th anniversary. Here's a dress that might have shocked the city's founder Eugene Skinner (or at least his wife, Mary). 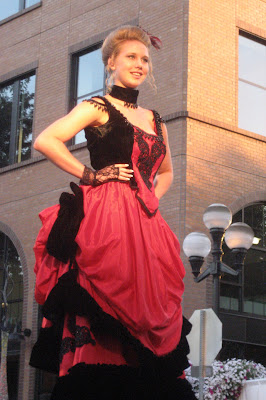 Of course, my favorite historical look was this one, from the 60s. I love the colors in this mod print. 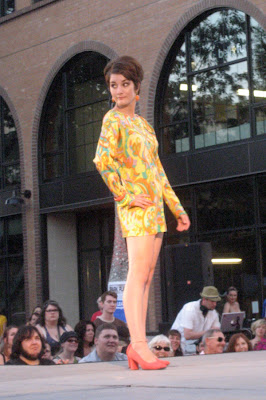 After the history lesson came the new designs. This one, called "Spandex Body" is by Marcia Knee. I wonder what this started life as? 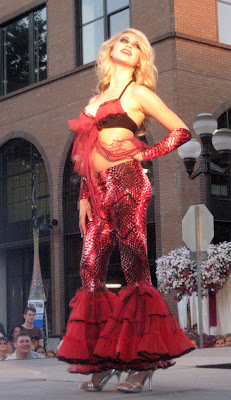 Here's a more wearable dress from another designer. I'm guessing it may have once been a man's knit shirt. I don't think I could pull off the asymmetry as well as this young gal. The belt is a colorful tie. (Way cool mod white boots, too!) 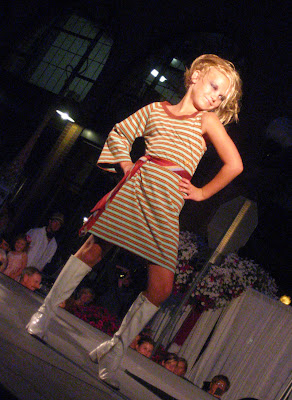 The creations of the next designer were easier to deconstruct. This t-shirt is topped with a barely there netted cutout, which frames the shirt's graphic. This is a cool way to bring new life (and a little sophistication) to an old t-shirt. 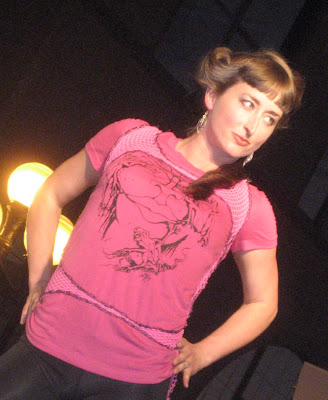 I've seen knit skirts upcycled via fringe, but the look below has something special -- beads atop each strip of fringe. (I don't know if this is by the same designer -- it was all I could do to keep snapping photos in the 85 degree heat, dodging the elbows of all the other amateur paparazzi.) 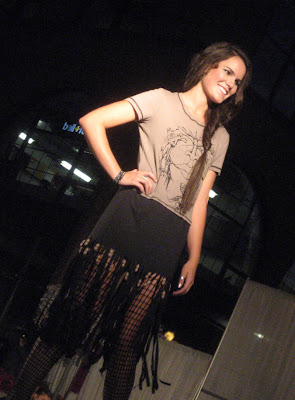 Here's another one of my favorites. Wish I could carry it off myself. I love the zipper eyewear. Not practical, but the model really "worked it." 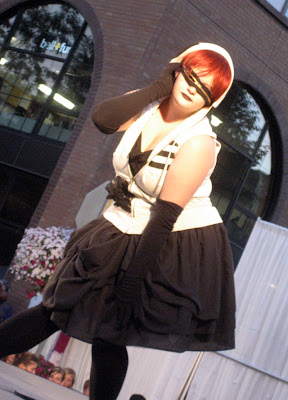 But not all the models stepped out of Mad Max. Quite a few looks were inspired by the old West and early 1920s, like this one. 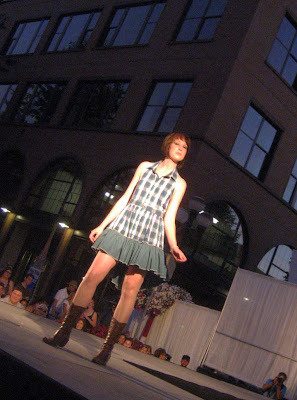 Much of the menswear fell into this category. The one below says Bonanza to me. In a good way. 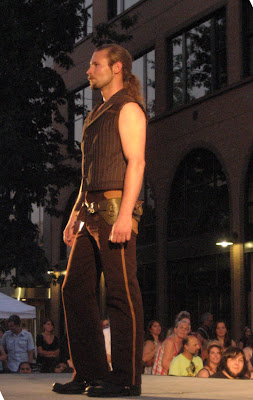 Some of the men wore leather bags that looked like they were designed to carry a cell phone or wallet. Here's one that fits over the shoulder, like a holster. 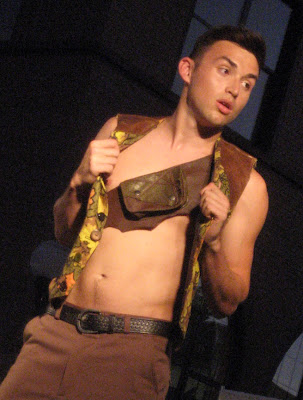 These are the two designers who organized the event. Could their styles be any more different? (The way the thigh bone printed on the goth dress connects so perfectly to her knees freaks me out. Not in a good way.) 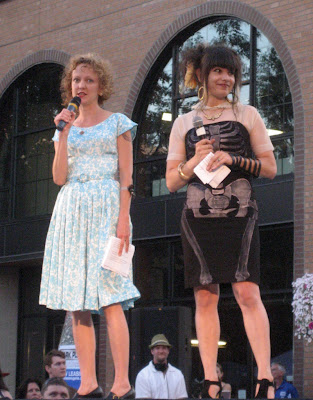 To see more looks, here's a gallery of all the photos I took. Next time I'm in town, I hope to visit Redoux Parlour, where many of these sustainable designers have a studio and sell their work.
dresses Eugene fashion history leather men nostalgia Project Runway refashion vintage