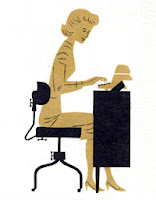 I love old typing manuals. Whenever I find one at a thrift store, I buy it. Why? Nostalgia, partly. I remember using my mom's worn book to learn how to type on my dad's very old manual typewriter.

But there's another reason -- the manuals prove how much harder it used to be to produce a letter, a report, even a shopping list. And they remind me how hard-won skills from one era seem quaint and unnecessary in the next.


My mom was an executive secretary in the late 50s. (I think of her as a less-buxom Joan from Mad Men. But just as gorgeous!) She worked at General Mills in downtown San Francisco, where she met my dad, an accountant. 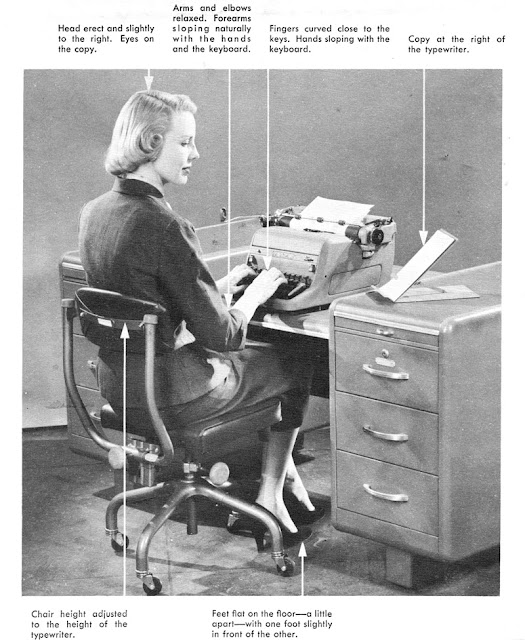 So typewriter manuals remind me of my mom. And they remind me of my high school typing class. It was almost 1980. There was a computer terminal in the math department, but only math geeks were allowed to use them. 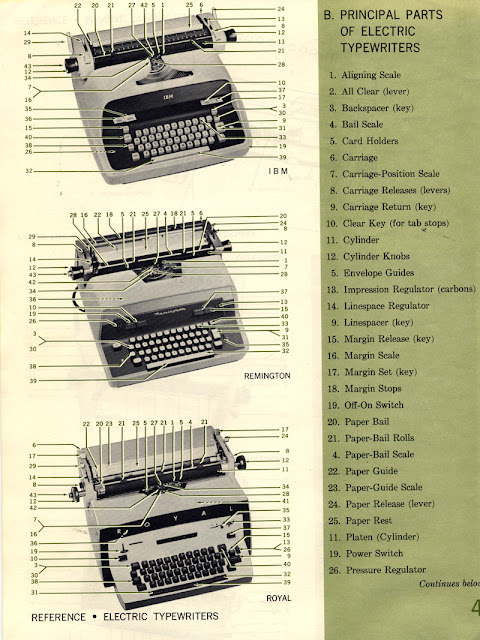 This diagram comes from a Gregg's Typing Manual (1962) I recently found at a local Goodwill. I thumbed through all 279 pages, just to give the book its due.

I admit it, I was searching for signs of mid-century misogyny. And I found some. Here's the description of how to strike a key:


On an electric machine, the finger flicks at the key as a woman tests the head of the iron, the finger tip tracing a flat, oval pattern.

My favorite part of the book are these icons that appear sporadically to keep the apprentice typist on her toes.

Using a typewriter was complicated! You had to haul out your 20-lb adding machine just to figure out where to set the margin stops and center the text on a title page.
This typing manual was meant to be used in a full-year class. Students spent hours practicing touch-typing, then more hours learning how to lay out a business letter, bill of sale, and abstracted table (whatever that is).

In 1962, such an investment was worthwhile -- lots of businesses large and small needed a good secretary. But now?

Unnecessary skills of the future

Here's my unscientific prediction about which skills we use today will be obsolete in the future.
What are your predictions?

Also, here's a recent study showing that nostalgia is GOOD for you.