Yesterday I sweet-talked my husband into stopping at a local thrift store. (The Radio Shack next door helped.) With only 5 minutes to shop, I headed straight for the books. I found a stack of old Nancy Drews and Hardy Boys. Then an old, cloth-bound book caught my eye.

Can you guess why?

Was it the large green question mark? Maybe it was the title -- "How Book of Cubbing." Hunh? Should that last word be "clubbing"? No, it's "cubbing," as in "being a Cub Scout." But what about "How"? Doesn't it need a "to"? As in "How-to Book"?
Oh. It's a pun. A politically incorrect one.

There are lots of other strange images in this handbook from 1943. I grabbed it from the shelf with murder in mind, intending to chop it up to make a Kindle case. But it's too precious, both as a historical document and a source of kitsch.

The photos are black and white, which adds to their creepy crime-scene flavor. I don't want to read the explanations. It's more fun to guess at what's going on. Like here.
The book contains lots of line drawings. Some illustrate "Den Doings." 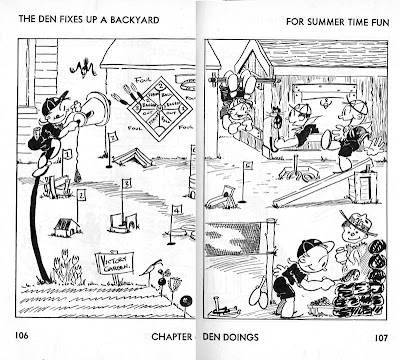 The victory garden shows that the book was published during WWII. The two boys goofing off show that kids haven't changed much in 70 years.

Other illustrations show the kinds of things young boys were into, circa 1940. There are home-made games and silly posters.
A whole chapter is devoted to crafts. Like wood carving. 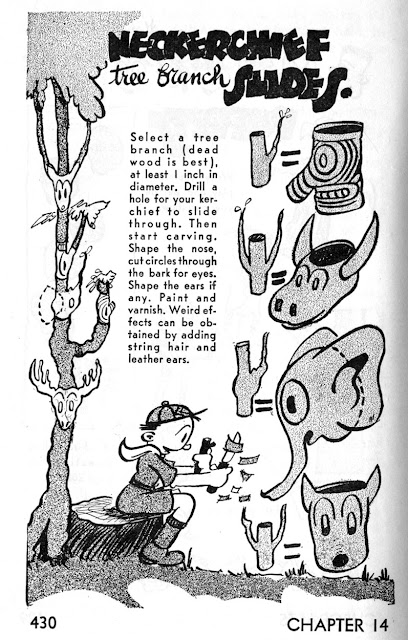 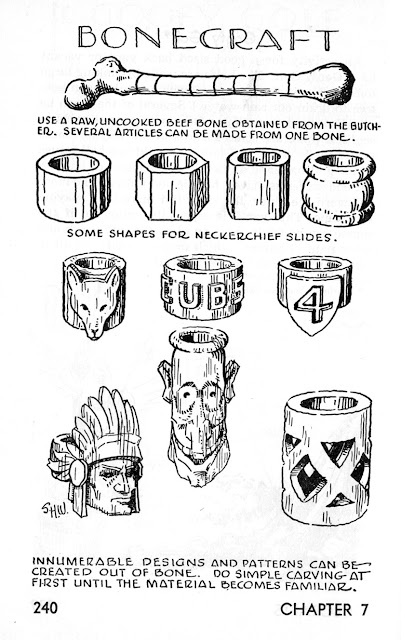 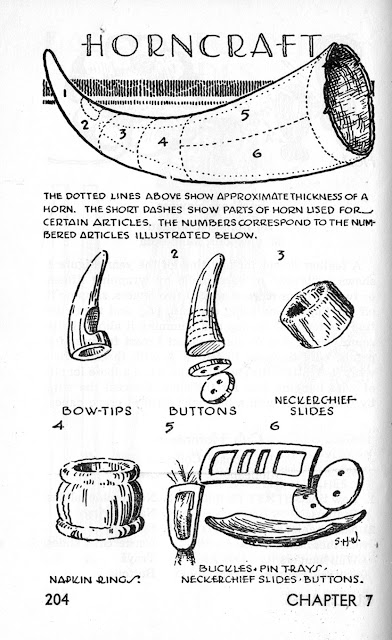 A boy can't have too many neckerchief slides, after all. And slides made from formerly living things are especially attractive.