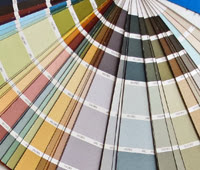 That's what I got to do this weekend at ZeroLandfill Seattle, where thousands of pounds of samples from designers and architectural showrooms were free for the taking. All you needed was your own bags and the muscle to carry them.

The rain was pouring down in record-breaking buckets, but it didn't stop us from heading toward Seattle's Capitol Hill neighborhood. We arrived at the event only a few minutes after it opened at 11. Lots of people beat us there. (That's what we get for living in the suburbs, I guess.) 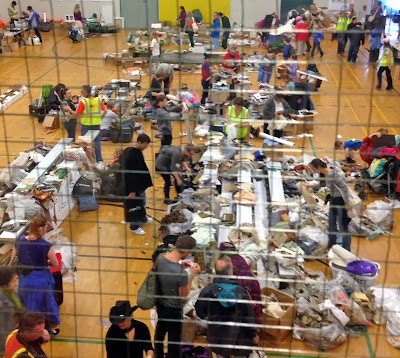 The gym was divided into zones. There was the "Laminate" zone, the "Stone" zone, the "Hardware" zone, the "Paper" zone, and my favorite, in the center of the room -- the "Textile" zone. Hundreds of cardboard boxes, stacked on bleacher seats, exploded with fabric and upholstery samples. 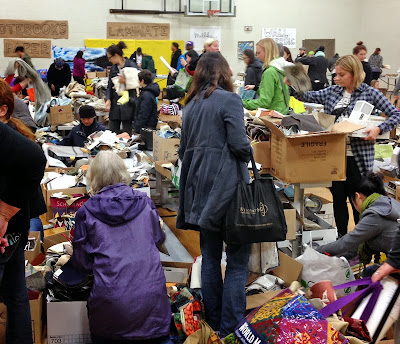 It could have been mayhem. But everyone was calm and respectful -- both to one another and to the fabric remnants themselves. When I began pawing through someone else's bag, thinking it was a box of unclaimed samples, the bag's owner carefully moved it aside, without glaring or swearing.

After filling 2 bags, I moved on to the other zones. Since we'd parked several blocks away, I bypassed the stone or tile samples. I did check out the boxes of small resin samples. I took a handfull. I wanted more, but with no idea of what I'd use them for, I resisted temptation. 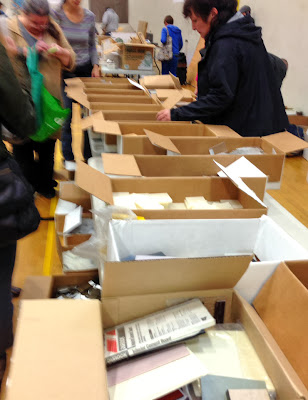 As I walked by the boxes, I heard a mother advising her 6-year-old to "be intentional" about his choices. Good advice, mom.

When I got home, I unpacked my my samples for inspection. I tried to grab anything that looked mid-century. Here's what I got. 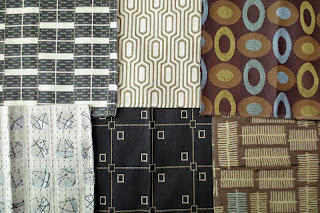 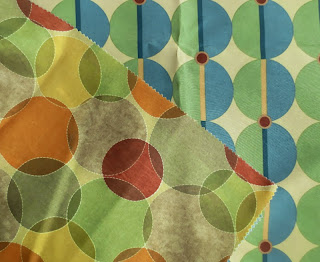 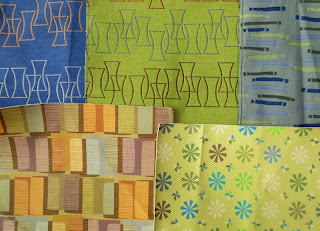 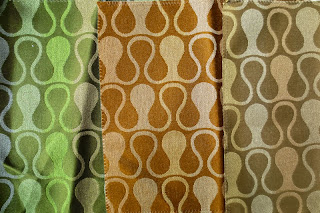 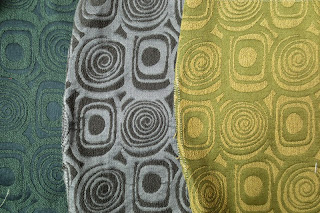 Most of the samples were 8 inches square--too small for bag or purse, but large enough for lining in my upcycled Kindle book cases.

I also picked up a paint sample book, just because it was cool, and a sample of wallpaper made from recycled maps. 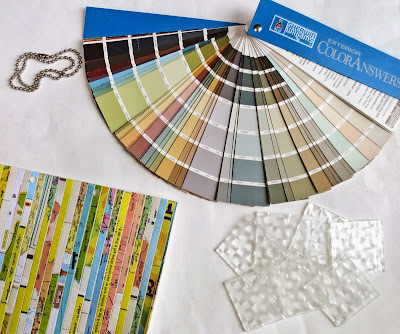 I had lots of fun this year. But next year, I have a plan--I will design and outfit an entire mid-century Barbie house using only samples from ZeroLandfill. How cool would that be?
fabric free stuff mid-century recycle upholstery zero waste