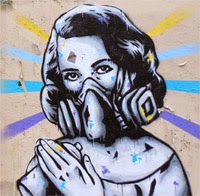 Recently, my good friend Ruth sent me photos of the street art she enjoys every day in her Paris neighborhood.

I asked where these wonderful pieces come from. She says that, "in the beginning, art appeared magically, usually overnight, and in places that weren’t necessarily easy to reach. Some of the artists guarded their anonymity quite jealously, and were careful not to be ‘caught in the act.’"

This Scrabble mosaic depicts the French actor and humorist Coluche, who founded an association that runs many city soup kitchens. He died in a motorcycle accident in 1986 -- thus the words "It's the story of something missing." 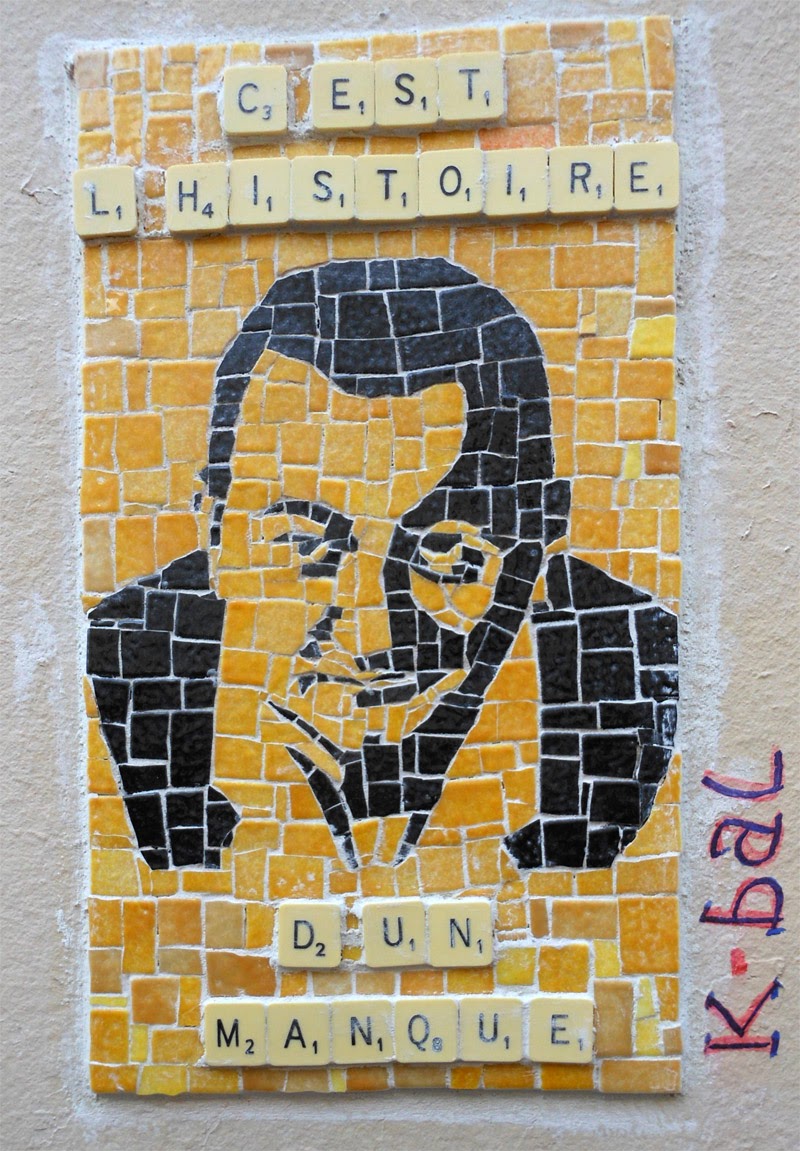 I asked Ruth whether the street art was public or private. The question had never occurred to her. The walls themselves, she says, probably "belong to something called the ‘copropriete,’ which means all the people who own apartments in the building. You can be quite certain that almost none of the art is on property belonging to the artist...

"There is a law that requires the ‘copropriete’ of each building to pay to have the walls of the building professionally cleaned every so many years. This law seems to be a way of acknowledging that even though your walls may be ‘yours,’ we all have to look at them." 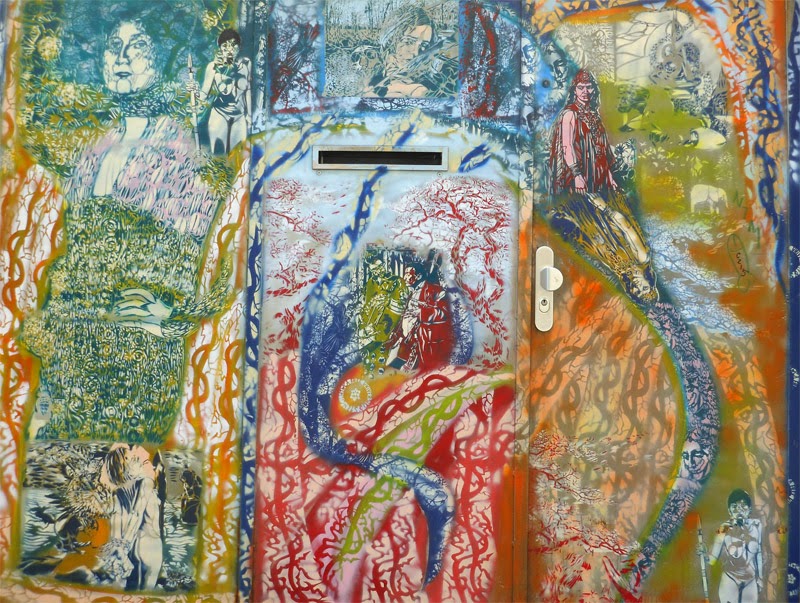 She explains, "There seem to be three categories of street art: the traditional, spray-painted kind (often done with stencils); the 3D or ‘mosaic’ type; and the kind that involves gluing posters or huge sheets of paper to the walls." She's not a fan of the paper posters.

Her favorite kind of street art? "Teeny tiny mosaics. I have seen them in at least 3 different parts of Paris, and they are always very well done, with interesting details when you look, up close, to see what they’re made of." 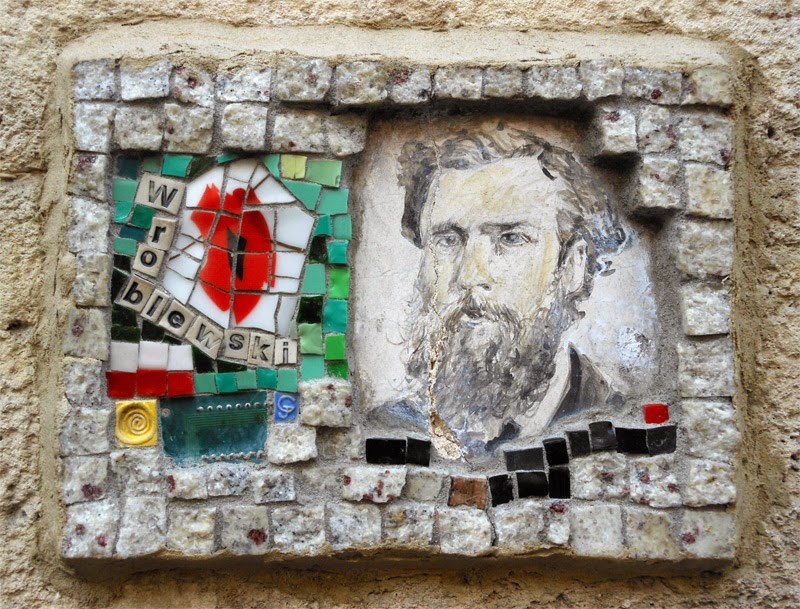 She's also fond of the artist who painted this woman at the top of the hill she walks up every morning with her daughter. This is an example of spray paint with stencils, and was one of a group of pieces that are commissioned every year in conjunction with an open house for local artists’ studios. 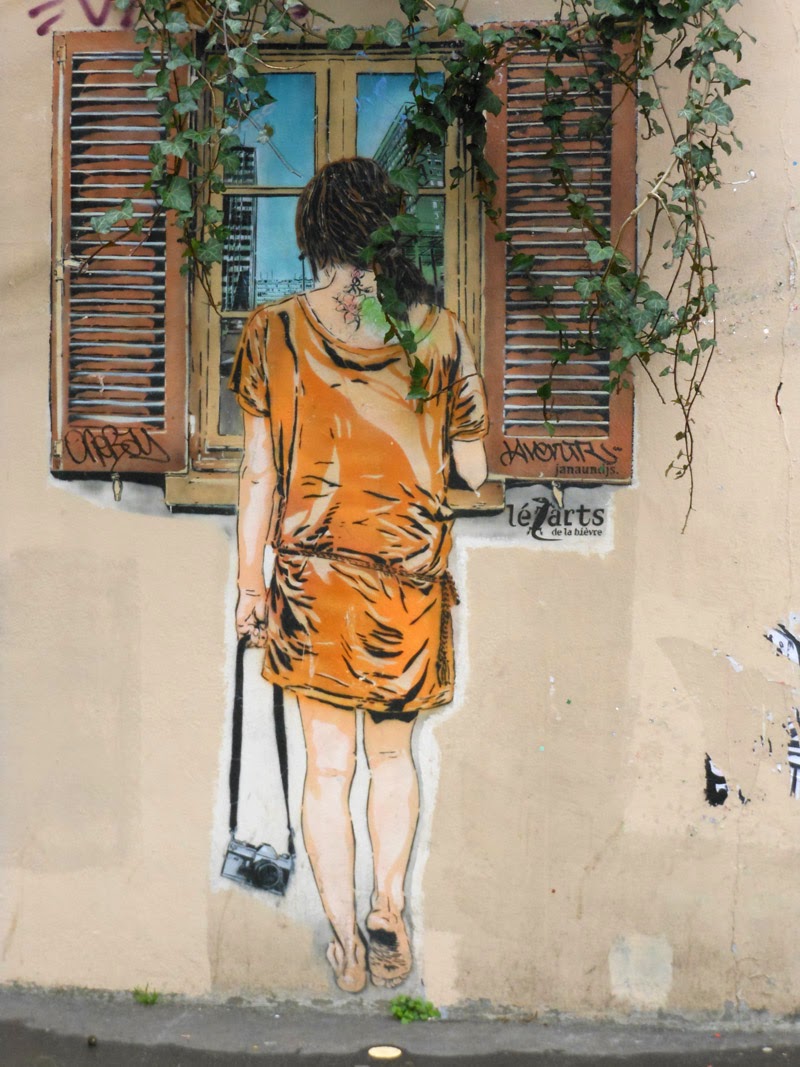 The barefoot woman is not alone. She shares the street with a trio of more ominous figures. (The giant mosquito chasing the boy is a protest against an unpopular copyright law.) 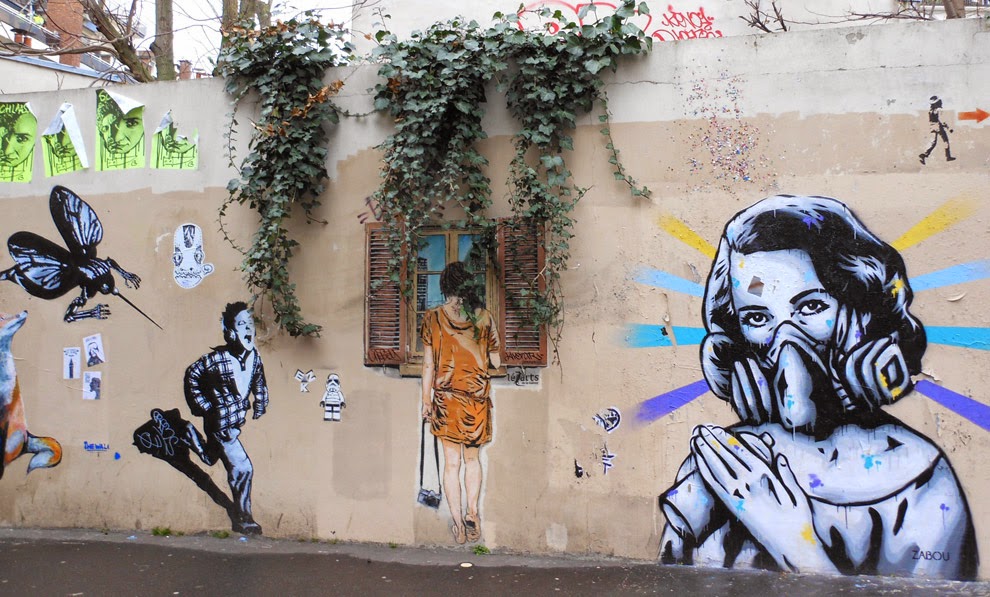 The next piece is an example of street "decollage" -- someone has peeled off the paper art to reveal the painted musicians beneath. 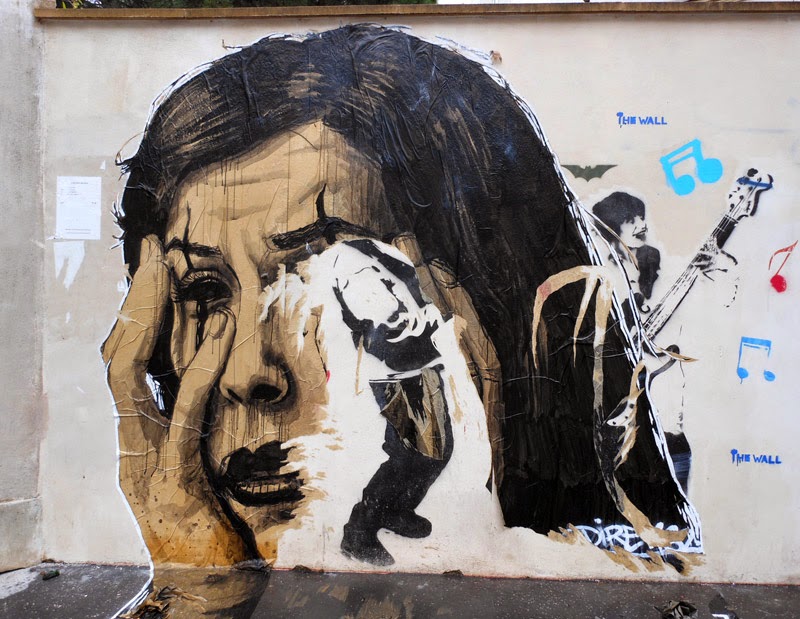 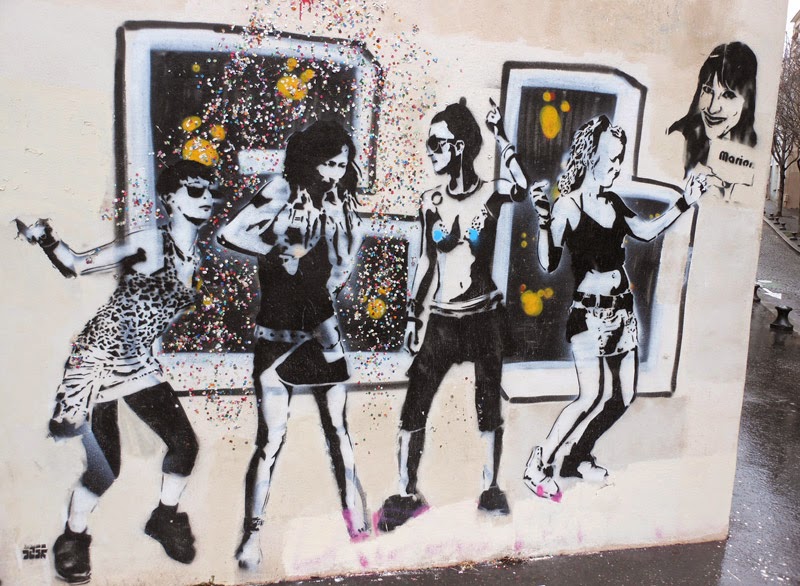 The gentlemen below look like a cross between Frida Kahlo and the Simpsons. WWFT? (What would Frida think?) 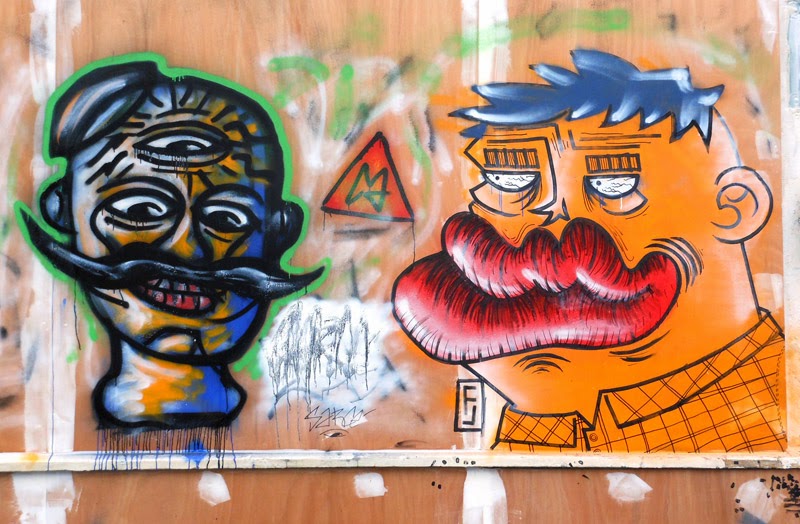 Street art is one more reason to visit Paris. As if seeing Ruth, meeting her daughters, and eating delicious pastries weren't enough! Thank you, Ruth, for sharing these images and stories of your neighborhood.
art artists mixed media Paris street art