Auditioning images for a collage 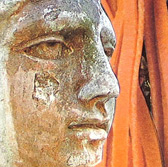 One skill I've learned for constructing collages is the technique of auditioning. That's a fancy word for trying out different images before I paste one down, to see which works best. (Thanks to John Arbuckle for sharing this technique.)

Yesterday while working on a collage for Los Dias Contados, I auditioned lots of images before I found the right one. I thought it might be interesting to describe the process and the judgments that led me to the final image.


I started with this almost-finished collage. Yes, that's orange pasta behind the stone head. At this stage, the composition feels unfinished. Who is the woman showing the statue to? She needs an audience. 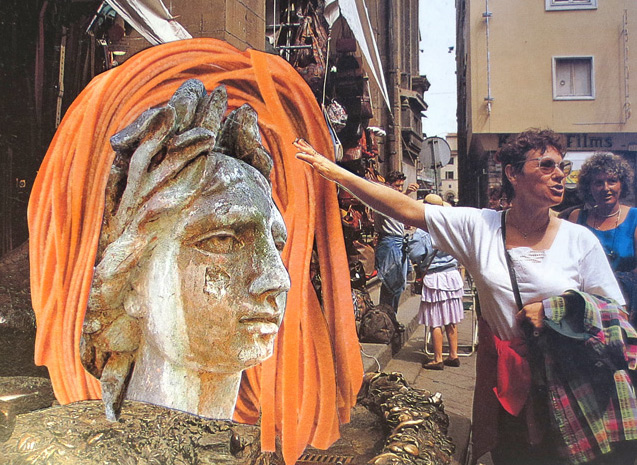 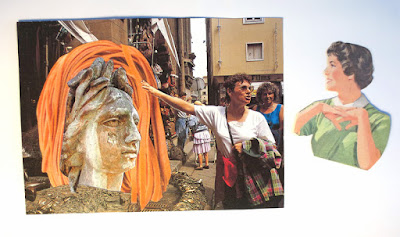 Because she's an illustration and not a photo, retro lady provides a nice contrast to the rest of the image. Her expression and hand gesture imply that she's really taking in the big stone head. But I wish she made eye-contact with the other lady. 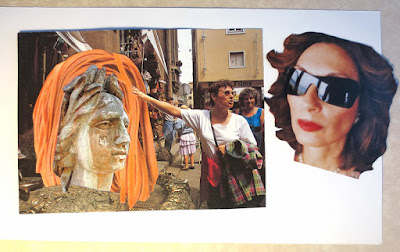 Because she's wearing dark shades, we can't quite tell what sunglasses lady is looking at -- the head, the other woman, nothing at all. But I like the symmetry between her head and the stone head. They're about the same size, and they share a dour expression. 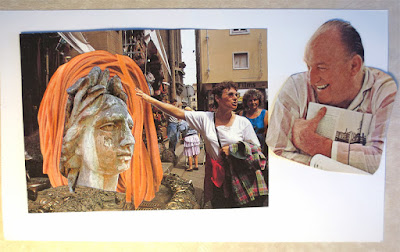 This guy seems tickled by the scene. But I detect a note of condescension. I don't like seeing a man make fun of a woman -- flesh or stone! 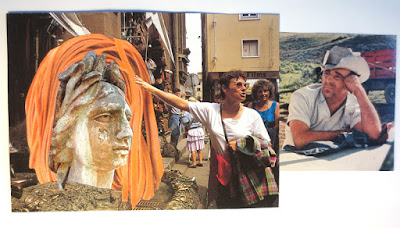 At least this guy wears his disdain in plain sight. I feel like he's reacting to the statue and not the woman, like a tired husband on a walking tour his wife forced him to take. There's not enough contrast, though, since both images are full-color photos. 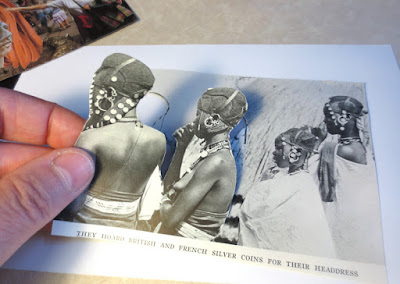 Sometimes when I audition an image, I want to eliminate some of the background -- but not permanently. I learned this trick from fellow collage artist Lynn Bishop. I carefully cut around the figures using a craft knife. That way, if I don't use the image, I can put it back together.

Here are the two images together. 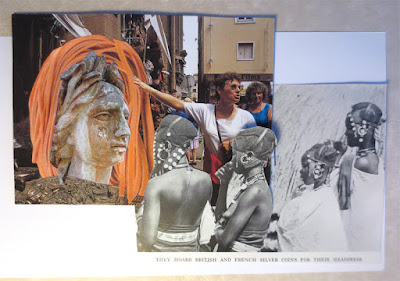 I like the contrast between color and black and white. And the African ladies do seem to be looking at the stone head. But something about the image seems cluttered. The original woman gets lost. 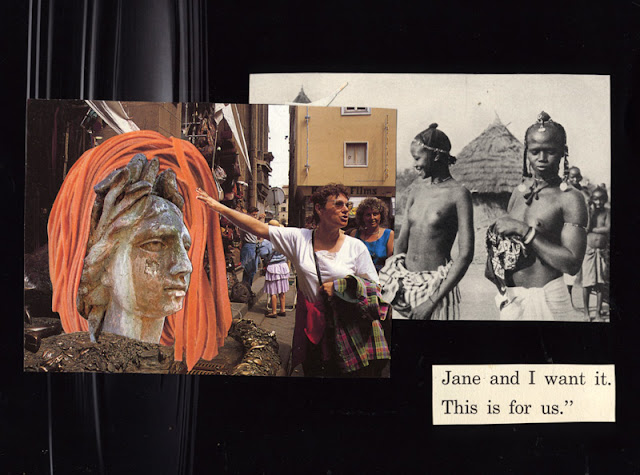 I tried another black and white photo from the same National Geographic article. It's simpler, so the first women doesn't get lost. I especially like the fact that one of the African women is looking right at me, as if to say, "Can you believe this?" I put the images on a black background to make the edges of the images pop.

What do you think? Did I make the right choice?