Why I love vintage cookbooks -- and it's not for the recipes!

August 07, 2016
My mom was a great cook. I rarely saw her use a recipe, but she liked to collect cookbooks, especially old ones. 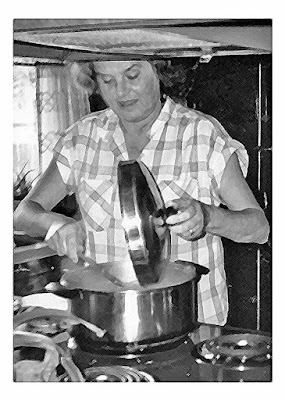 The last time I visited my dad, I grabbed a stack of my mom's vintage recipe booklets from the 1950s. My favorites were published by the Culinary Arts Institute.

The mastermind behind these publications was a mid-century Martha Stewart. Her name was Ruth Berolzheimer. She earned a chemical engineering degree from the University of Illinois in 1908 (one of the first women to do so). She began her editorial career by writing articles about nutrition (with titles like "Meeting the Menace of Malnutrition"). 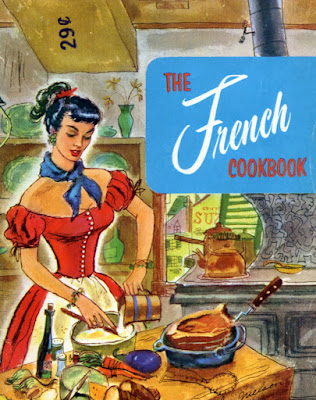 (This is exactly what I look like in the kitchen -- HA!)

In the 1940s, Ruth moved to Chicago and became editor and director at the Culinary Arts Institute, which published these vintage recipe booklets. Her nephews describe Ruth as "a tall, intimidating, crusty, and critical woman." 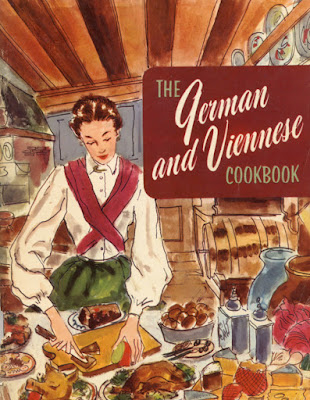 Like my mom, I rarely follow recipes. Especially the complicated ones in these old booklets. But I love the stylized illustrations that accompany the recipes. Like these:

I couldn't resist repurposing the images in collaged notecards (a set of 8 is listed in my Etsy shop). 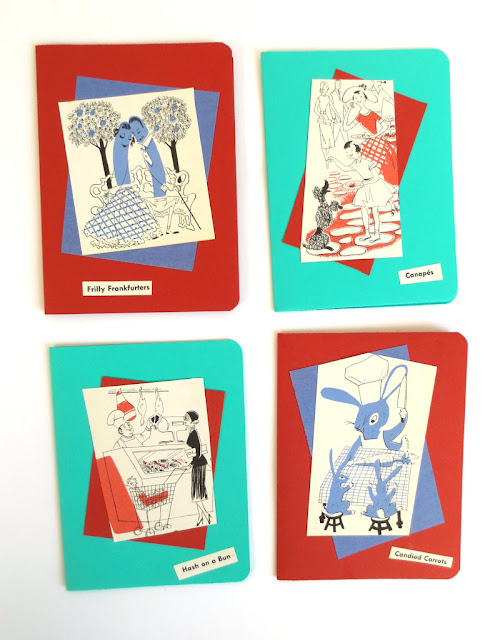 I put a recipe on the back of each card. I hope Ruth would approve! I think my mom would.