A few weeks ago, I posted about the small accordion book I made at my collage workshop. I called it "Sacred Subversive Women."

Well, I made another one. Same structure, but different theme. This one is titled "Snake Oil."


Front and back covers: 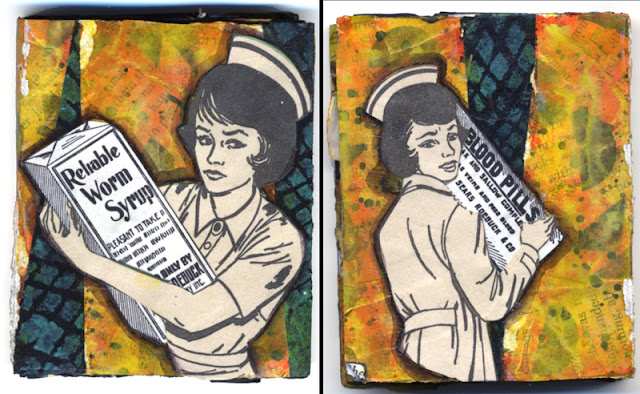 I didn't set out to make a book about snakes. I was inspired by the green snakeskin texture that appeared in the background -- another thing I didn't plan.

Snakes alone would just be weird. So I gave each snake a bottle or box of old-timey patent medicine to guard. (Peddled by traveling con men and women, these fake medicines were known as "snake oil.") 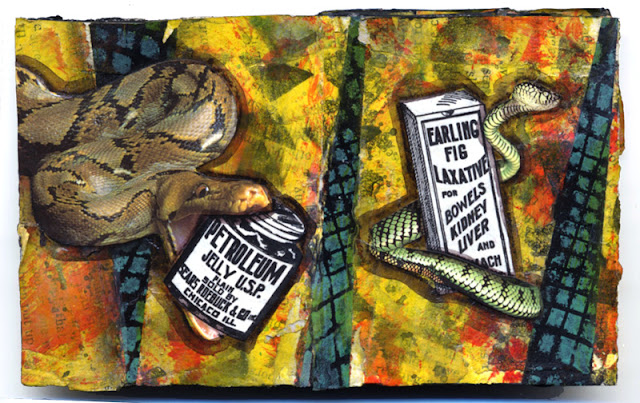 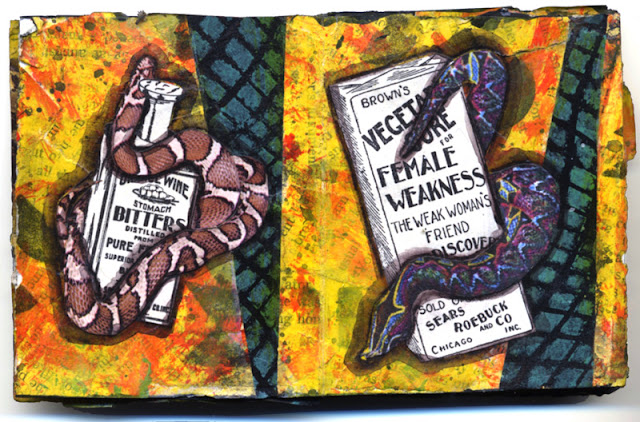 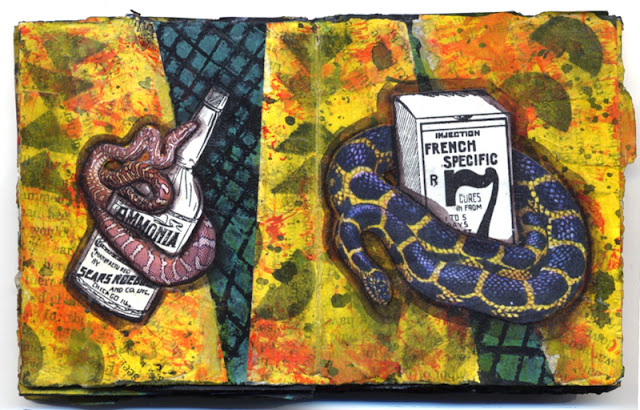 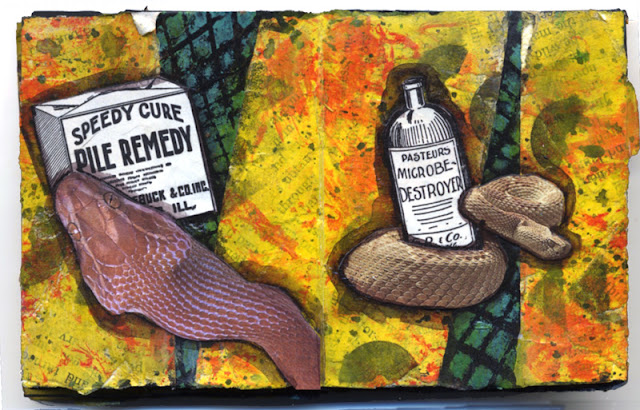 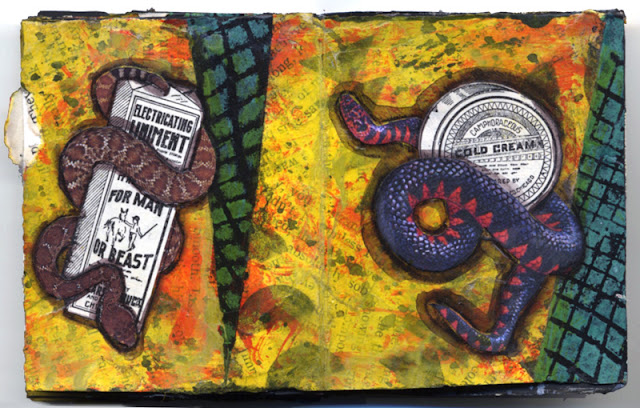 To keep the book closed, a ribbon didn't seem appropriate. Instead I wrapped a beige elastic band around the middle. 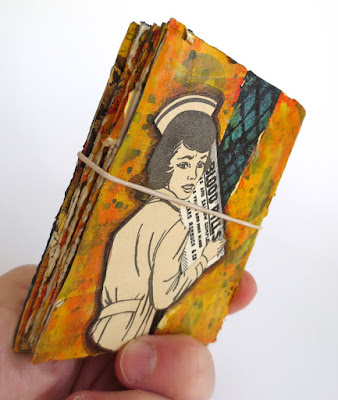 The edges are flaky -- just like a snake shedding its skin! 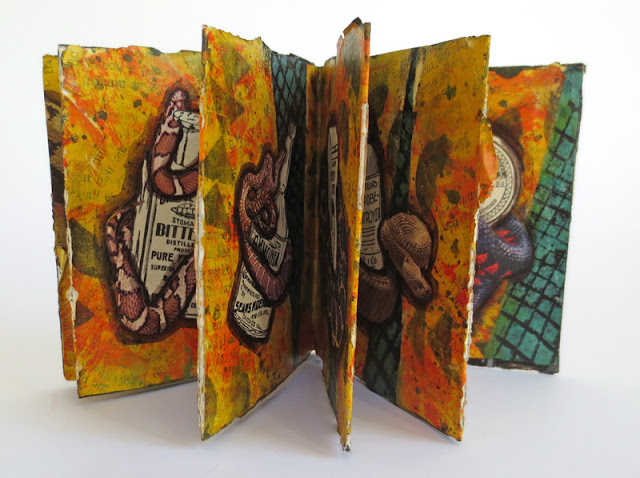