I never took an art history class in college, so I've been learning what I can from books and online courses.

I made a startling discovery last week. I was searching for images of women depicted in art -- sculpture and painting, mostly.


As I flipped through old museum guides, I saw plenty of women in ancient art -- Egyptian, Etruscan, Greek, Roman -- but after about 300 AD, they disappear (except for the Virgin Mary, of course). They reappear during the Renaissance.

But these women aren't like the ones in ancient art. They have that "come hither" look. They want to be looked at, coveted, like this lady. Not the attitude I was wanted. 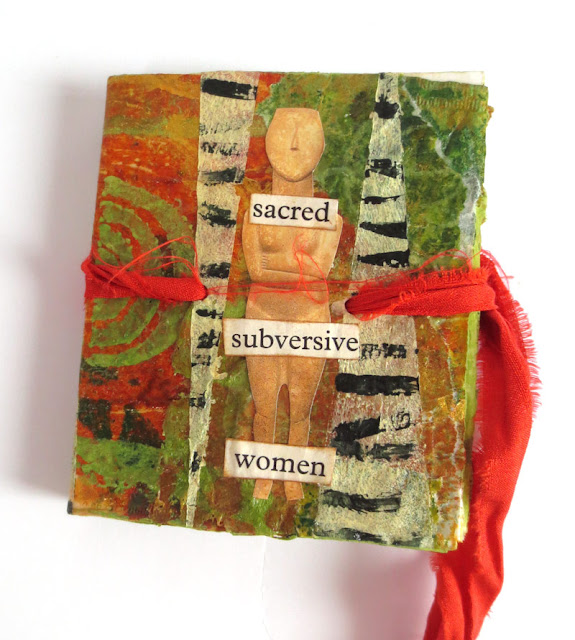 It's an accordion-fold book tied with a bright red ribbon.  The first spread shows two ancient women. The one on the left looks quite determined. The one on the right I've seen in person, in Pompeii. She's dancing in a ritual dedicated to the god of fun, Dionysus. 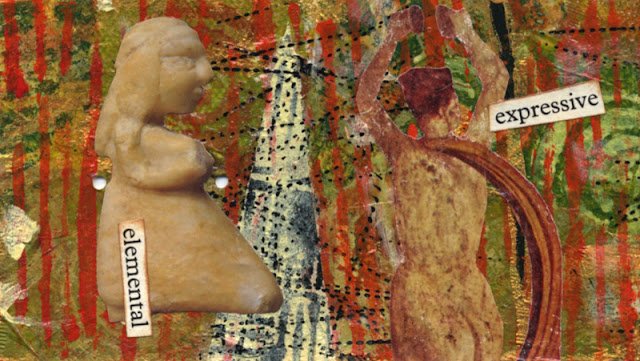 These two women are my favorites. Thoughtful and wise. 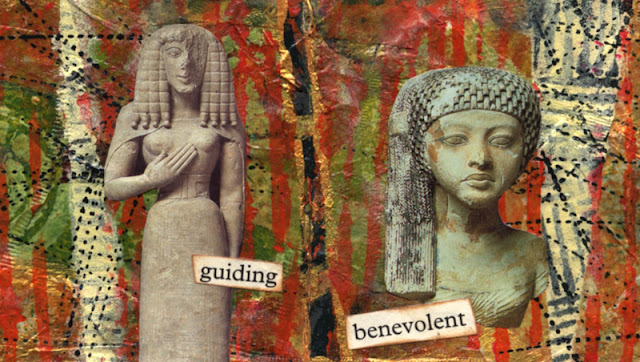 The Egyptian queen below has a subtle smile, like she knows a secret. The Indian dancer enjoys the movement of her own body, not caring who's watching. 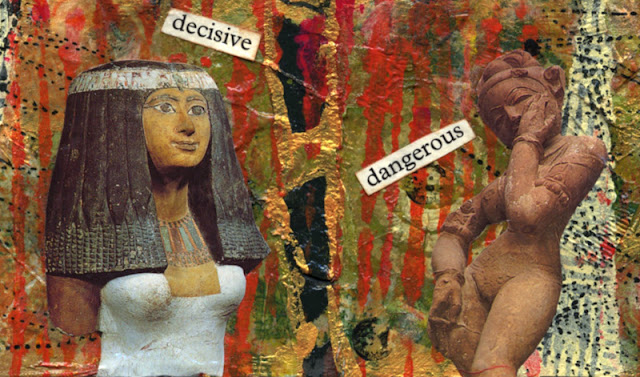 Next, another queen who means business. And a caryatid who's been holding up a stone roof for thousands of years. 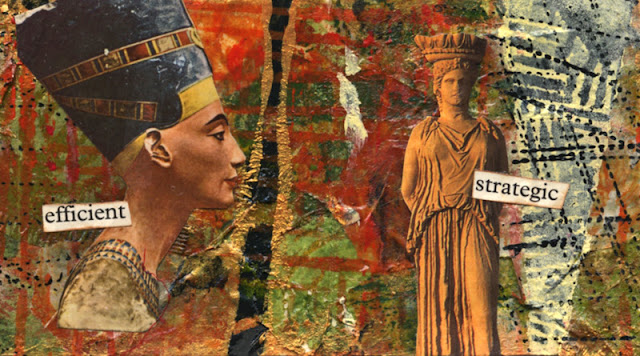 On the last spread, a seated woman holds her breasts in a very businesslike way. The Roman matron seems to admire her. 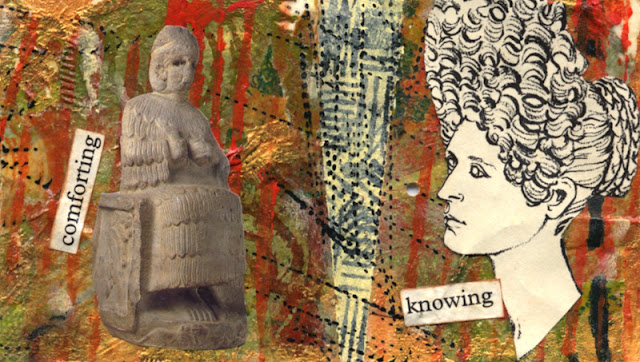 So in art, older is better, at least when it comes to depicting women in art. What do you think?
art history feminism handmade book history