July 18, 2018
After making collages for several years, I decided to enter my first juried show, sponsored by the Northwest Collage Society. Here are my two entries (each measures 12" x 12").
Only one collage was accepted. Before I reveal which one, I'll show how I developed them.

To make the first background, ripped a couple of magazine pages into long strips and arranged them in two alternating patterns. Then I distressed them using sandpaper. 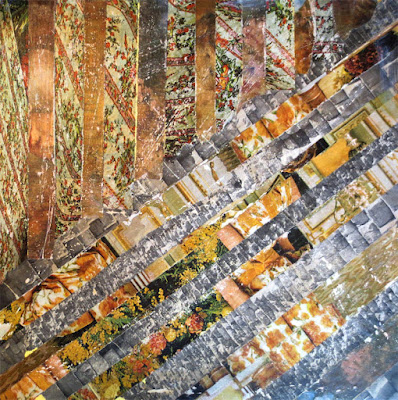 I was worried that the background would overwhelm anything I put on top, so I muted it using transparent yellow-white acrylic paint. 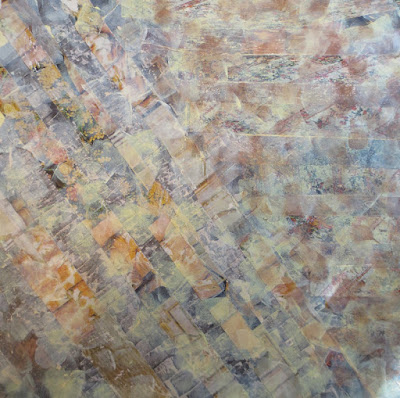 I wasn't sure where to go next, so I started trying out (or "auditioning") all kinds of images. Food came to the forefront. (As in life, so in art...) 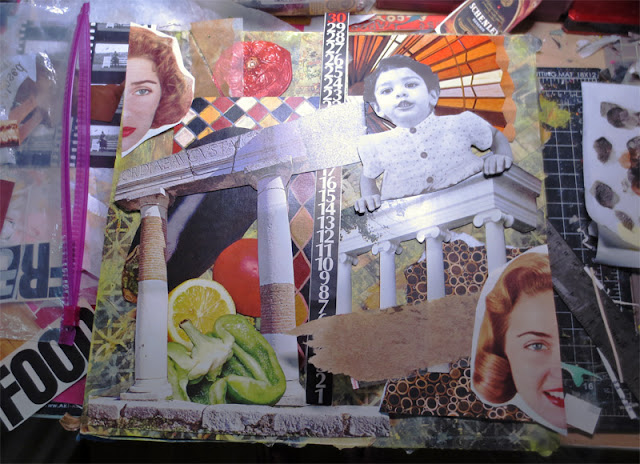 Eventually, I kept some of the food but decided I needed new "people."

I used the same technique to begin the second collage. In this case, the background ended up looking like an American flag. 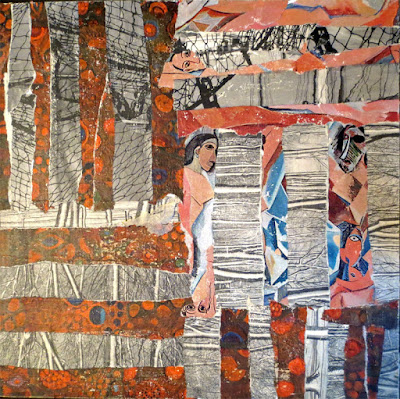 To "push back" the background, I added pieces of an old sewing pattern. Then I auditioned different middle- and foreground elements. 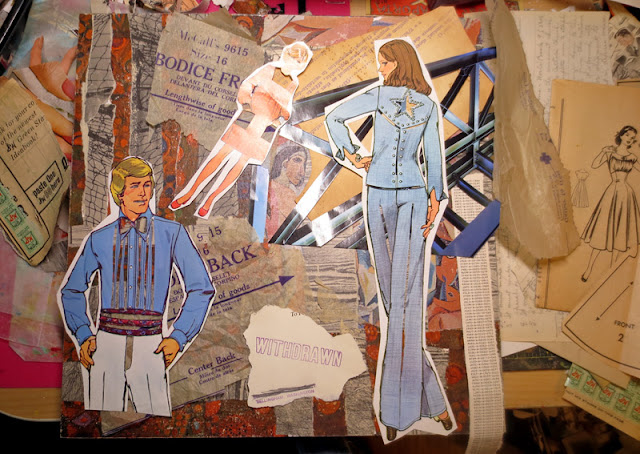 Can you guess which collage got accepted? It was "It's a Women's World."

If you're in the Puget Sound area, you can visit the show, called "Collage Squared," starting August 17 at the Kenmore City Hall.
collage creative process NW collage society show