July 07, 2019
Some items in my ephemera collection are almost too valuable to cut up. One is a book I found years ago, called Self-Defense for Boys & Men. It's filled with black and white photos of two guys in grey sweatsuits shoving, flipping, and grabbing each other. (They are demonstrating martial arts moves.) The other is a guide to disco dancing, published in the 1970s.

It took me a long time to realize that these two fantastic books needed to be combined. So I did. I collaged every page in the self-defense book, adding photos from the disco guide, along with other black and white images. 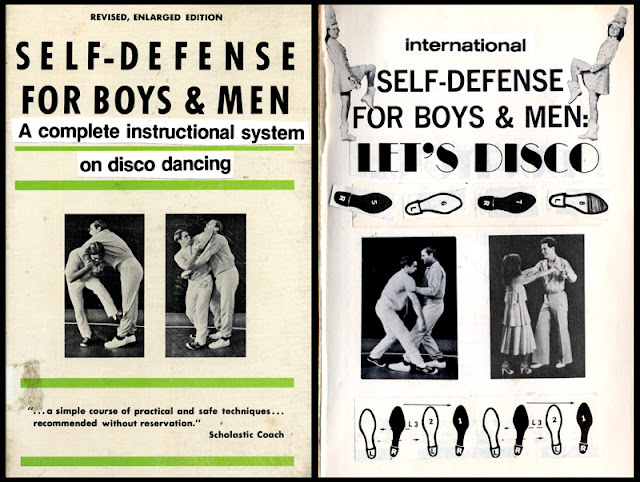 Here's a typical spread. In addition to the disco couple, I added a images from a meat cookbook, a 1969 news yearbook, and a typing textbook.
Version 1 -- unfiltered 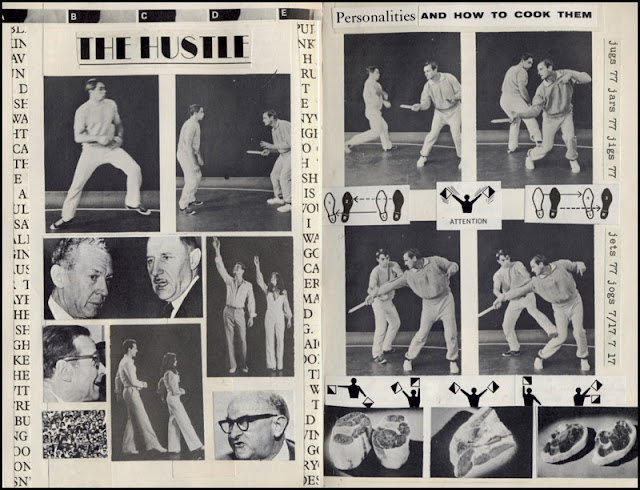 I like the result, but it still doesn't look quite distressed enough. So I applied some filters in Photoshop. Five examples are below. Which one works best, do you think?
Version 2 -- Cutout filter 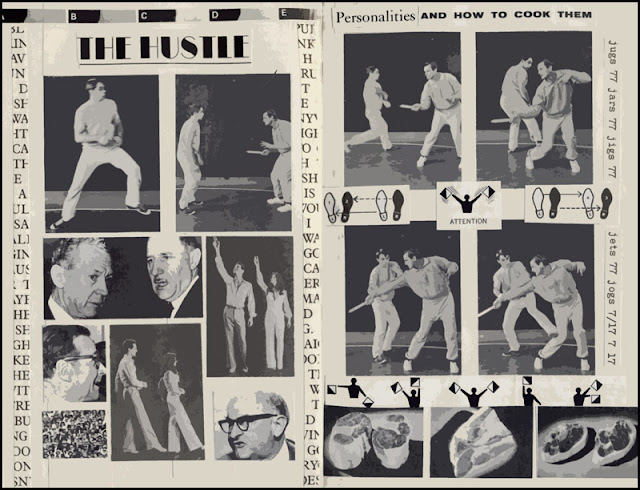 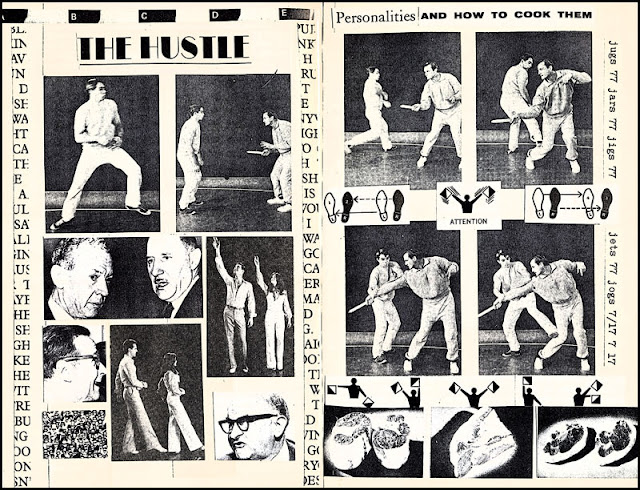 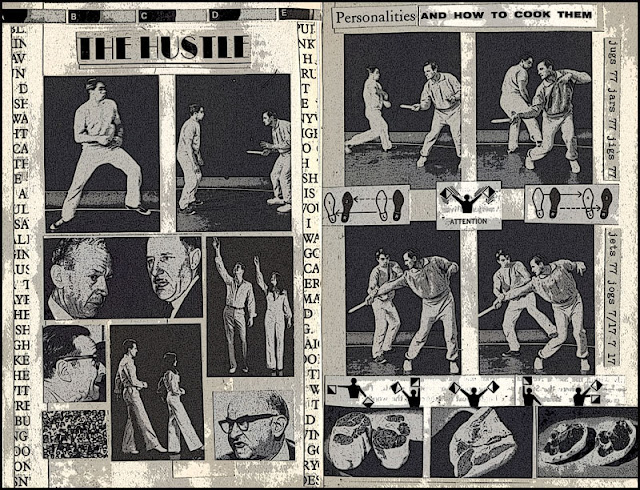 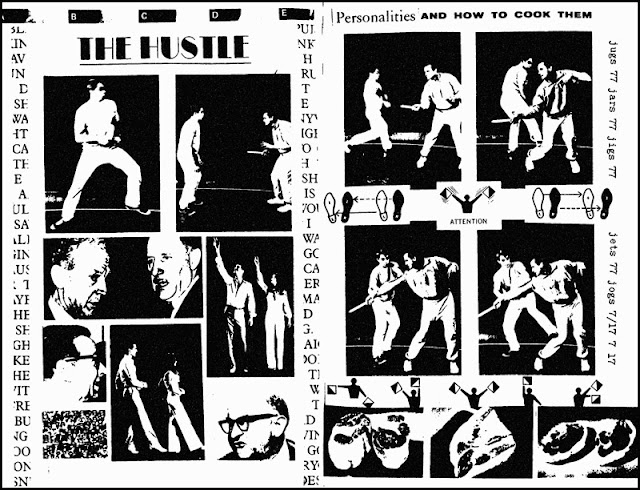 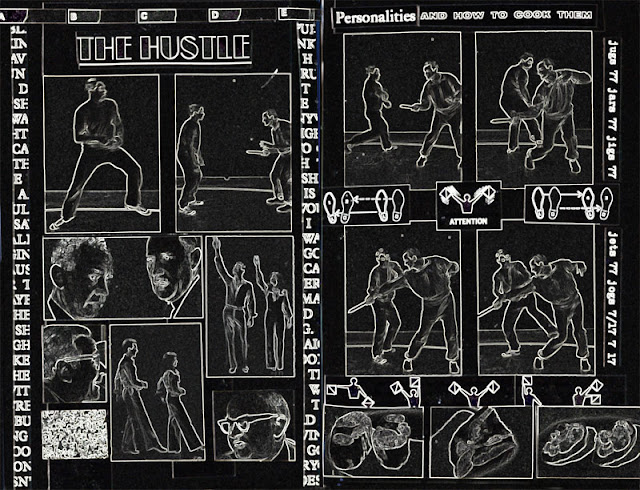 In future posts, I'll share more spreads from the book.