Beginning of the End of The Before Time

I've been thinking about the "Before Time" -- before everything changed. The question is, when did it happen? In one sense, the Before Time could mean before COVID. But to me, "Before" means before the Internet changed...everything. 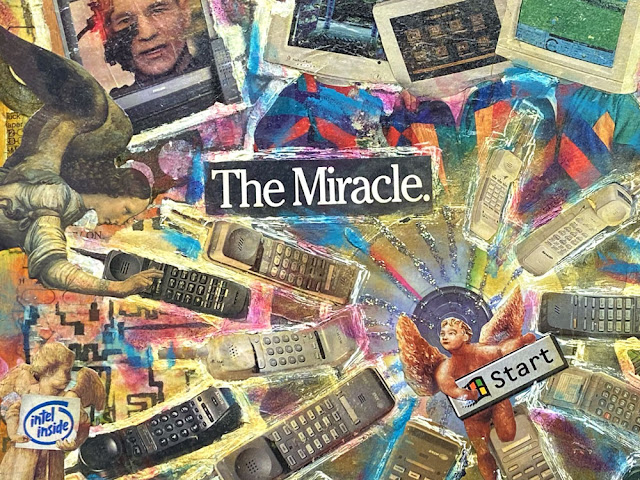 Pretty soon we won't be able to remember the Before Time...when we had to use a phone book to find a restaurant, or go to the library to discover who the president of Uganda is. When we lived an ANALOG life...

This collage marks the beginning of the end of the Before Time. I started by tearing up instructions to old TVs and CD players, then covering the result with jewel-colored semi-transparent alcohol ink. (The hues remind me of the soft rainbow reflected by a CD.) 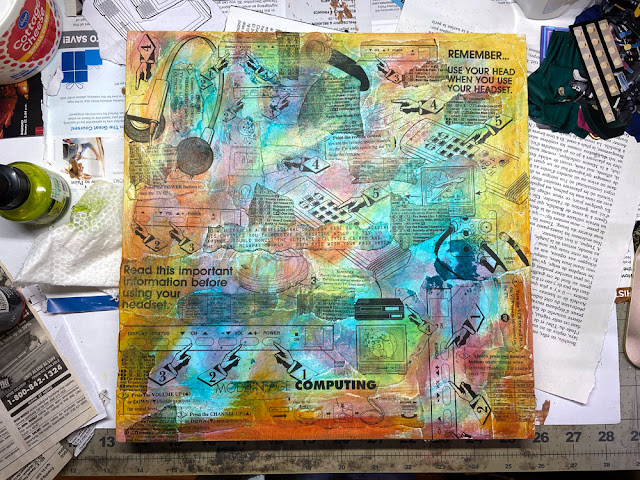 For the mid-ground, I added circuit board outlines and white circles. 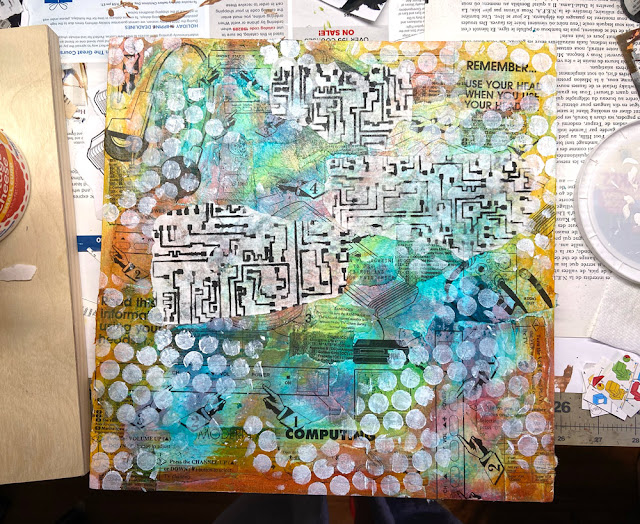 Next, I gathered foreground images -- early computer monitors, wood-grain TVs, bulky word processors, and cordless phones as big as bricks -- everything that fits into our tiny smart phones today. 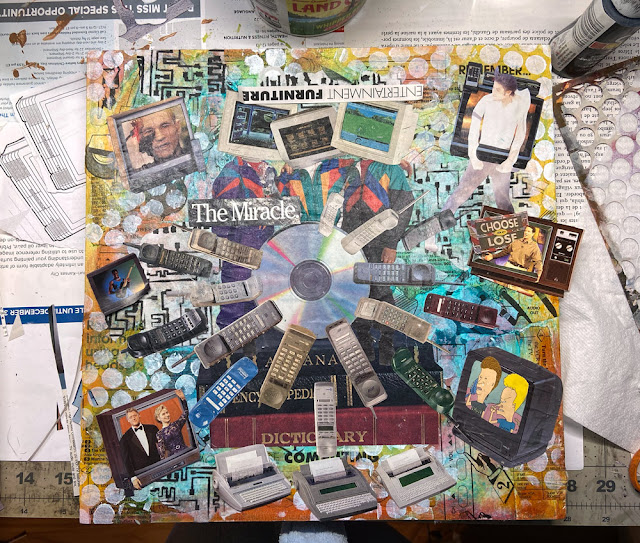 Although the Internet has been around for decades, it was only in the late 1980s and early 90s that people outside of academia began using it. The WorldWide Web debuted in 1989, and Windows 95 brought the Internet to desktop PC users. To mark the decade, I added the major players and celebrities of the day -- Bill Gates, the Clintons, Beavis and Butthead, Micheal Jackson, and, of course, the Borg. 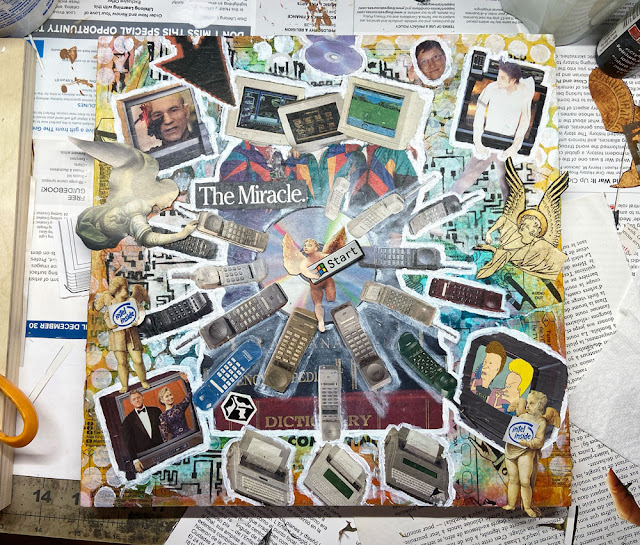 We live in a digital world now, and it's fair to call the transition a miracle. So I added angels heralding the Intel chip and the Windows 95 Start button.
I wiped a yellow glaze over the entire piece, to harmonize and calm the disparate images. 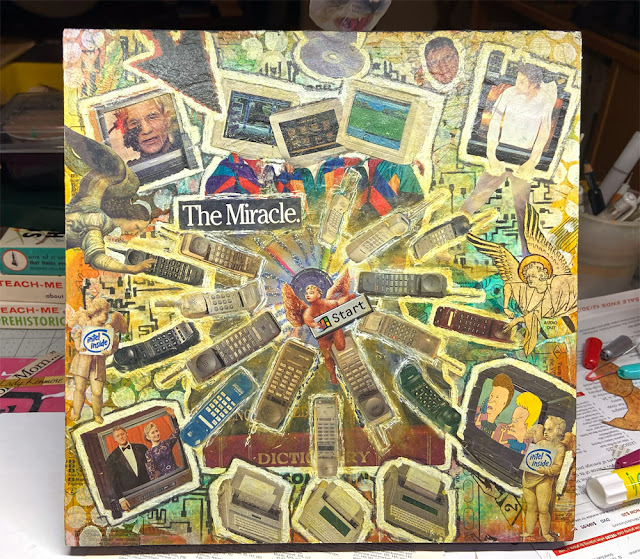 I didn't like the plain yellow, so I returned to the jewel colors of the background. It's better, but I'm still not happy. I may have gone too far (which often happens in my collages). 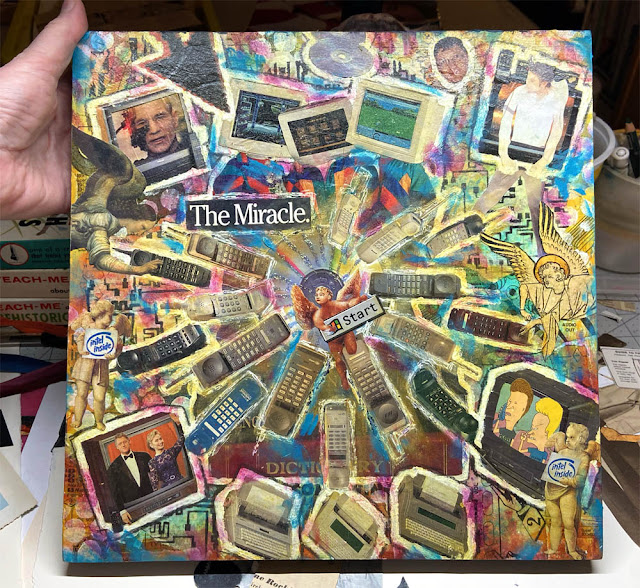 What do YOU remember about the Before Time?
1980s analog Before Time collage computer digital technology tv